Kathleen Vaccaro makes prints, paintings and mixed media pieces in her studio in Brooklyn and Philadelphia.
Vaccaro’s newest work mixes imagery from American film noir of the 1940s and 1950s, imagination, and memory. Film noir imagery is taken out of context in order to connect viewers specifically to the romance, and occasional heroism found in American film noir. For Vaccaro, this body of work is a way to stay connected to her grandparents’ generation. This work explores the femme fatale, one of the first strong character types for women in films. Against the backdrop of WWII, romance and morality became individualistic and complicated. Today, many people can relate to film noir’s dangerous, disillusioned world punctuated by bright moments of selflessness and love.
Vaccaro is interested in capturing the flickering light and the disintegrating romantic images in old film noir. Modern printers and computer software allow her to combine film stills, photographs and materials in a way that is unique to the time in which we live. By including photo transfers in the work, she lets go of some of the control and includes the element of surprise. 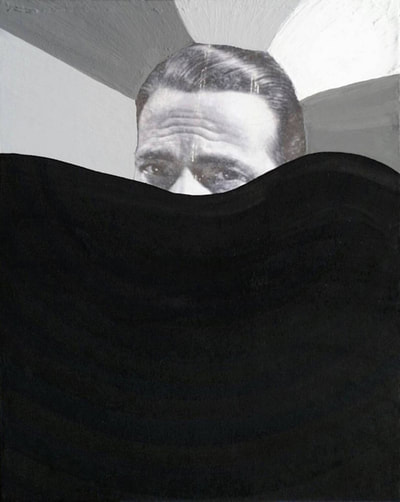 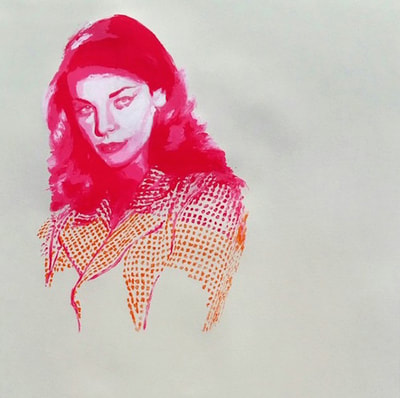 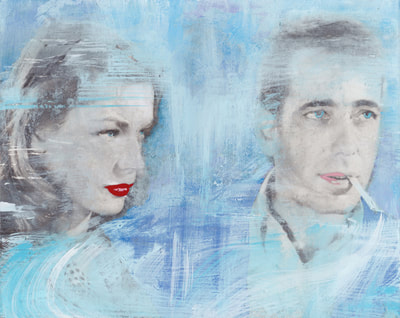 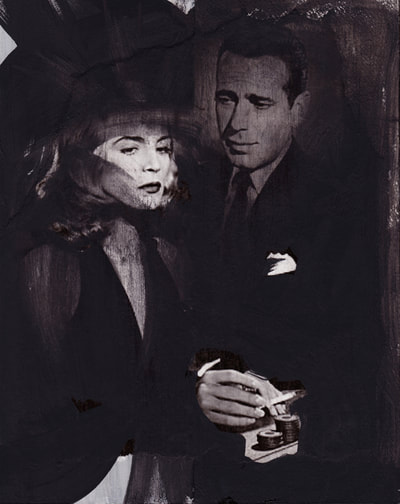